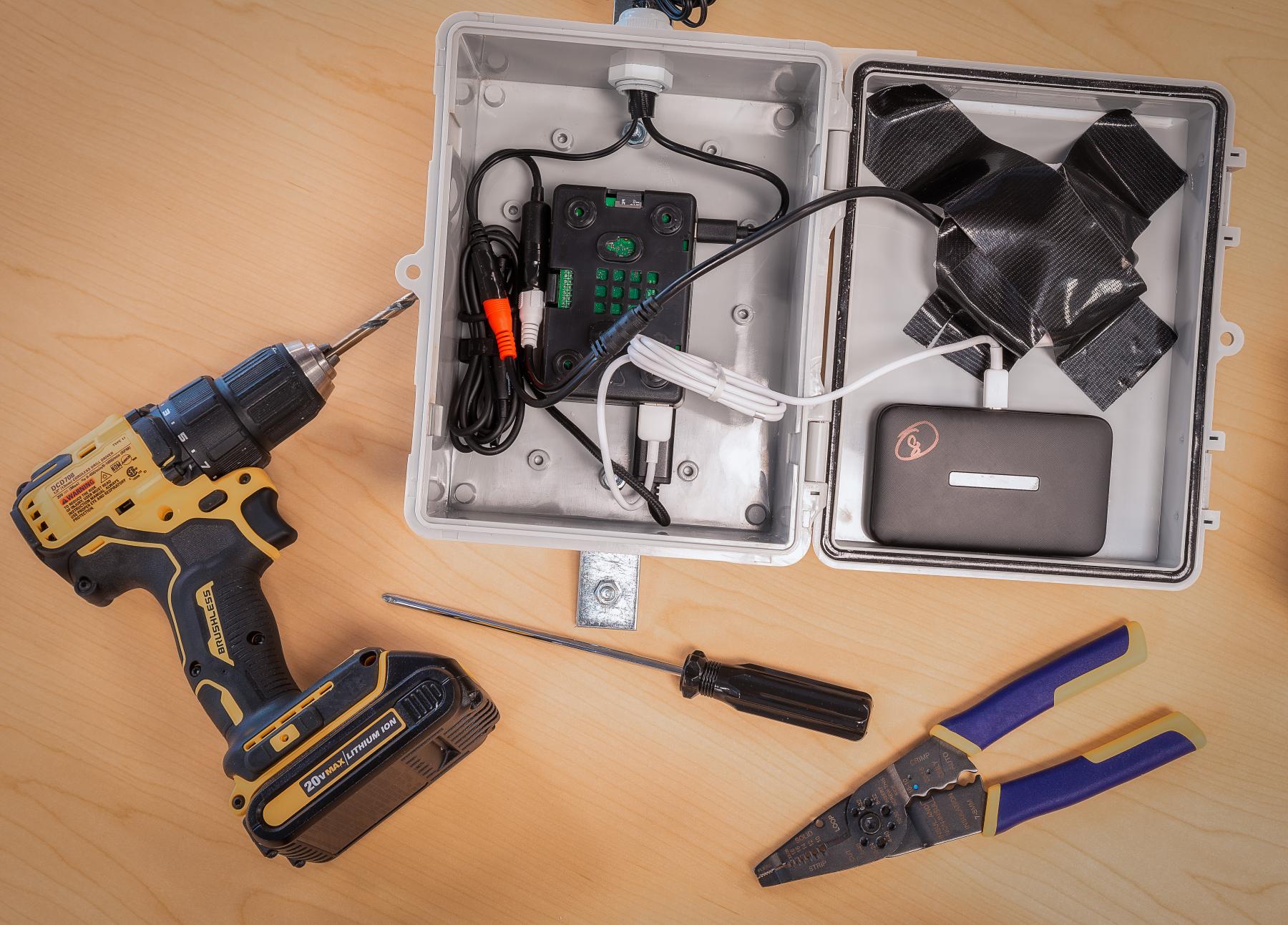 What do the Phoenix Zoo and Phoenix Police Department have in common? Protecting the communities they serve. And although this looks very different in action, both organizations are dedicated to ensuring the safety, health and wellbeing of their environments — whether that be society or wild habitats.

And today, these two organizations are working with ASU’s Cloud Innovation Center, powered by AWS, to create gunshot detection tools that will help law enforcement and zoologists alike to differentiate gunshots from other loud, abrupt sounds.

The Cloud Innovation Center works in collaboration with ASU Enterprise Technology to emphasize scalable, sustainable support for our ASU community and beyond.

There are many benefits for both the police and zoologists to be able to accurately identify gunshot incidents. For zoologists, they can identify illegal poaching and take action before an animal is captured. For the police department, officers can determine gunshots in real time, which can lead to faster response to identify public emergencies.

Currently, there are also some challenges with gunshot detection systems, including the restrictive high-cost of current solutions, exacerbated by supply chain issues and connectivity factors.

Why an iterative approach is key

To get started, the ASU CIC team collaborated with Tejaswi Linge Gowda, a clinical assistant professor at ASU's Herberger Institute for Design and the Arts, to build a custom sensor system to run a detection algorithm that can identify the discharge of a firearm. The algorithm analyzed which sounds are gunshots versus other similar noises, like fireworks, clapping, or cars backfiring.

In January 2022, members from the ASU research team and zoologists from the Phoenix Zoo set up a testing site for the prototype of the gunshot detection devices in Costa Rica. Twelve edge devices were deployed in jungle treetops and were tested to make sure that the algorithm was accurately determining the sounds — and that the network was properly connecting the edge devices to the cloud.

The system used LoRa networking — a wireless technology that offers long range, low-power and secure data transmission — to reduce both cost and energy use, which in turn lowers cost and complexity of installation.

With the information gathered by the ASU research team and zoologists from their time in Costa Rica, the CIC team continued working on improving the devices, ultimately exploring the use of  machine learning.

“There are more resources and research available for using machine learning to do audio analysis and comparison,” said Jubleen Vilku, Senior Program Manager of the ClC. “Our approach is an iterative process — that’s how innovation happens. We try to make processes better and more relevant with each project.” This ultimately informed the next phase of the detection devices — working in the city of Phoenix’s police department.

Refinement and testing on Phoenix’s streets

The goal of this next prototype run was three-fold: test the accuracy of the machine learning algorithm, how the hardware reacts in weather, and the range of the devices.

The raspberry pi devices, as well as all the parts that the team sourced for the police department, were off-the-shelf products. “By publishing the code open source, we offer a great resource for cities that don't have extensive budgets,” said Vilku. For reference, gunshot detection testing for one square mile can cost up to a million dollars.

The team also purchased Mifi devices — small, portable routers that connect to a laptop or computer via Bluetooth — so that each raspberry pi device would have connectivity. For this project, the devices would be installed on the light poles, which offer a built-in energy source needed to provide power. This was a real differentiator between the prototypes in Costa Rica, which had to be battery powered.

There are other differences between the testing in Costa Rica, as well. The types of sounds that the team has collected in Phoenix, like cars backfiring and dogs barking, bring new opportunities to capture data. Additionally, the team is testing the material strength of the device boxes because of the extreme temperatures in Arizona.

Ten devices were installed in one block in central Phoenix in late June 2022, in time to gather testing sounds of the Fourth of July. Fireworks offer a very similar sound to gunshots, offering the team new data sources to continue to improve the algorithm.

The team continues to work on refining the algorithm to analyze sounds — to date, the devices have currently captured about 4,000 sounds. The team then manually categorizes the sounds as gunshots or not, training the model to know the difference.

In working with communities in Phoenix, the CIC team noted the importance of understanding the stigma around technology deployment in areas with historically higher crime rates, and the concern of residents viewing this technology as additional surveillance.

They want to break down these barriers to create solutions. “The goal was to change the paradigm — to use technology to help bring communities together with law enforcement to make safer communities,” said Jason Whittet, who was previously the Digital Innovation Lead - Smart Cities for Amazon.

When the prototype is ready, it will be a major step toward an open-source solution with a bill of materials for the devices that will be available for enforcement, zoologists and others at a more accessible, cost-effective price.